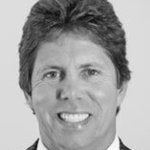 Fred Reilly is an American attorney and United Kingdom Solicitor based in Haines City, Florida.

Mr. Reilly is admitted to practice in Florida, California, District of Columbia and as an English Solicitor.

Mr. Reilly was awarded a Masters degree (LL.M. in International Business Law) from the London School of Economics and Political Science, J.D. from The Cumberland Law School, Samford University, and B.S. (Management) from Purdue University.

Mr. Reilly was an Associate Editor of The Cumberland Law Review.

In 1995, Mr. Reilly received the International Individual of the Year Award from the Polk County Economic Development Council.

In 2013, Mr. Reilly received the Courage Award from the American Cancer Society. Mr. Reilly has recently been named as the “2017 Citizen of the Year” by the Haines City Chamber of Commerce.

Mr. Reilly is a cancer survivor and enthusiastically raises fund for the Relay for Life and Habitat for Humanity.

Thank you for contacting. I will get back to you shortly.

Please complete all required fields below.

Reilly International Law Firm, P. A. Is Here for You

At Reilly International Law Firm, P. A., I focus on Business law and I am here to listen to you and help you navigate the legal system.

Reilly International Law Firm, P. A. is committed to answering your questions about Business law issues.

I'll gladly discuss your case with you at your convenience. Contact me today to schedule an appointment.